We DO NOT have an open mic.

ProfessIonal comedians interested in performing are encouraged to send us their EPK/Promo to:

Due to the large amount of emails, we will only respond if we have work available.

Please do not contact the hotel or call for booking information.

Jokesters is proud to feature some of the most hysterical, national touring comedians as well as comedy hypnotists along with our rotating cast of resident headliners and is proud to showcase some of the best local up and coming comedy talent in Las Vegas.  And for those that can't make it to our live show, we even have our own local and national Television Show - Jokesters TV.

Jokesters Comedy Club features comedians from around the world and many that you may have seen on Comedy Central, HBO, Dry Bar Comedy, The Tonight Show, Conan, Late Night, BET, Showtime, Netflix, The Bob & Tom Show, Howard Stern, Youtube, Amazon and more.

Jokesters is a proud sponsor of Battle Comics as many of our comedians are dedicated to entertaining the troops around the world.  If you're looking for late night laughs, then you've come to the right place.

Akin to releasing the hidden talents of multiple comedians and improvisers onstage with Barnhart as the ringleader, each performance is unique and fun for all.  It's a human circus of crazy, silly fun.  Hypnomania delivers interactive, improvisational and sidesplitting comedy hypnosis while simultaneously unlocking the unique mysteries of the human mind.

Don Barnhart's Hypnomania Show is a fast-paced journey through the audience volunteer's subconscious creative genius that keeps audiences on the edge of their seats.   Using techniques found in NLP (Neuro-linguistic programming), guided meditation and hypnosis, Barnhart teaches his volunteers to focus their energy to release anxiety, stresses and fears and tap into their creative abilities with confidence.

Some of the best and hysterically FUNNY comedians! 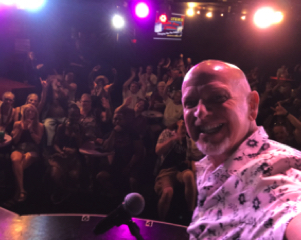 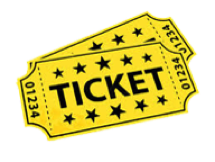 SPONSORS  (Click on the logo to check out our sponsors)

See the show or BE the show!  The choice is up to you.  Barnhart will teach you the secrets of hypnosis allowing you to tap into your creative abilities.  Volunteers will get lost in the scene, playing out an assortment of characters having the time of their life as the star in their own Las Vegas show.  Special Guest opening comedian - Keith Lyle from the movie The Hangover.  Don Barnhart's Hypnomania Show will appear at Jokesters Comedy Club at Alexis Park All-Suite Hotel just a few blocks of the Las Vegas strip across from The Virgin Hotel.